Only the Best Amenities—Your Event Is Worth It

Weddings and events at Villa Woodbine have the benefit of world-class amenities provided by Bill Hansen, his team, and his range of trusted vendors. Whatever you need to make your event go smoothly, we have you covered. Our team handles every aspect of your event from staffing to event consulting and beyond. Our one-stop, full-service event services include planning the venue, meals and beverages, decorating, and the music and entertainment to keep you and your guests satisfied all night long. Whether you're planning a wedding or a bar mitzvah, our team will provide all your needs in one place and recommend the vendors most suited for your event. Would you like to learn more about our amenities in person? Schedule an appointment to learn more about our services and what we can offer you.
Contact Us 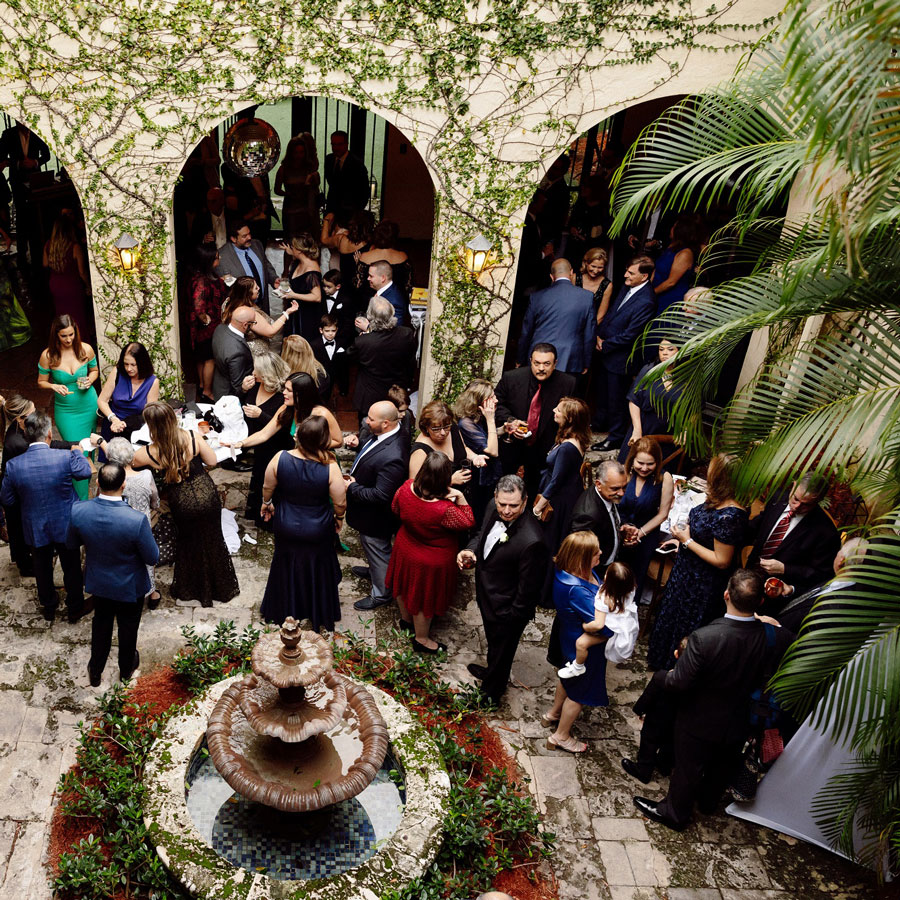 Located in the Heart of South Florida’s Most Inviting and Charming Corners, Coconut Grove

Choose From Our Comprehensive Offerings

The Villa Woodbine team, along with Bill Hansen Catering, is dedicated to offering no less than the best for our clients. As such, we're equipped to provide all the amenities you need with the convenience you deserve. Take your pick from these services:
Visit BillHansen.com 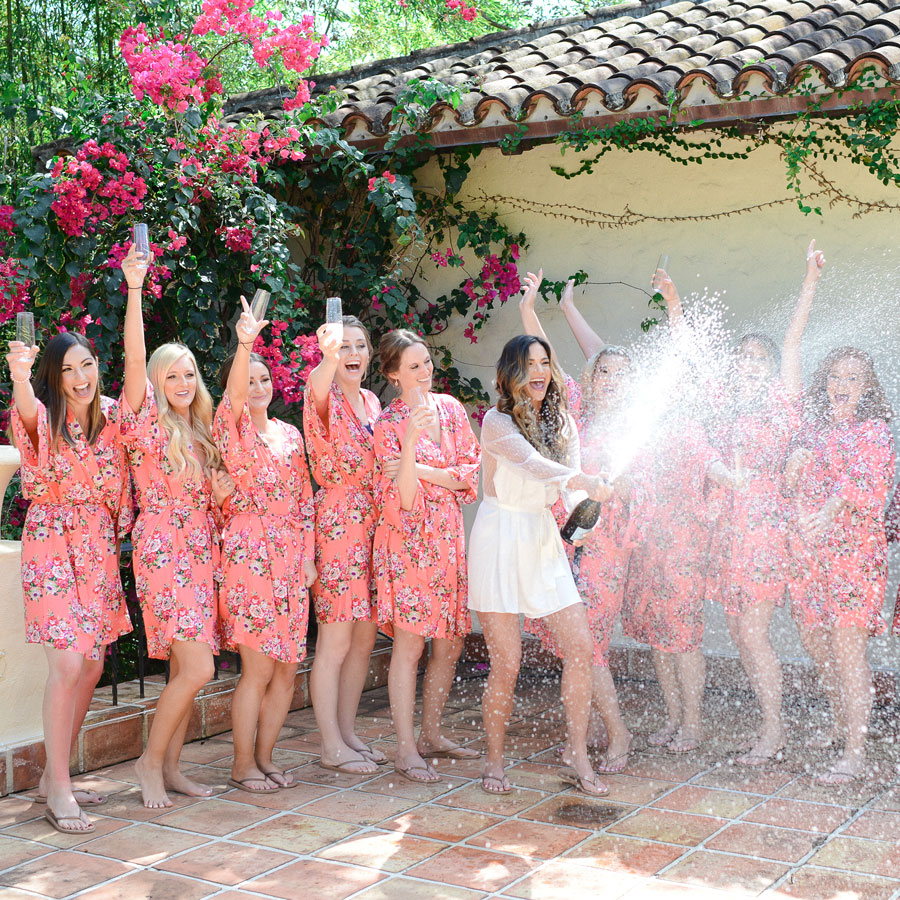 Our seasoned team is instrumental in making Villa Woodbine events go off without a hitch (that is, unless you're getting hitched!). Each of our event producers brings a wealth of experience, and many of them hold university degrees in hospitality, culinary arts, or tourism. Learn more about our valued team members. 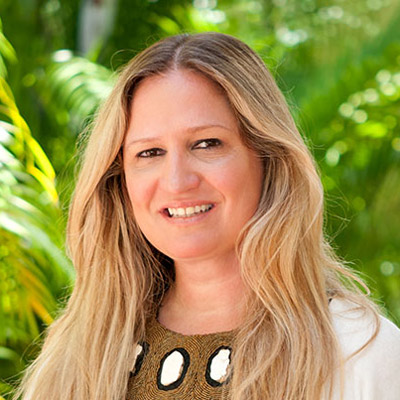 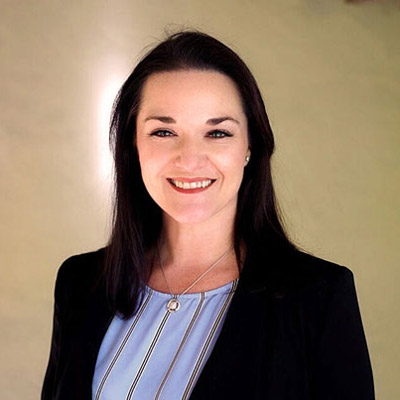 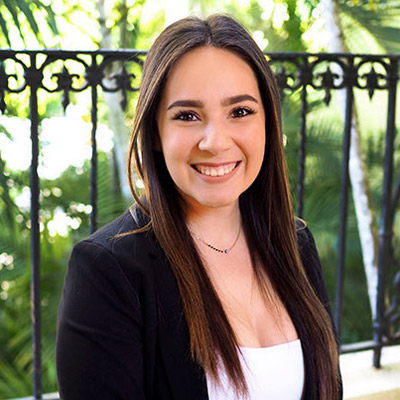 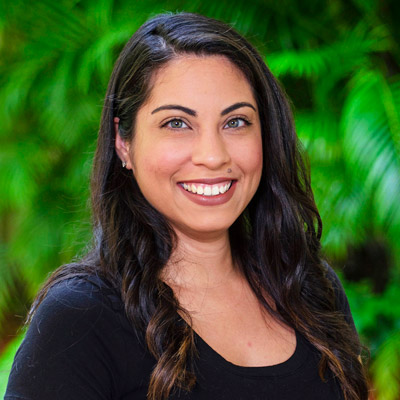 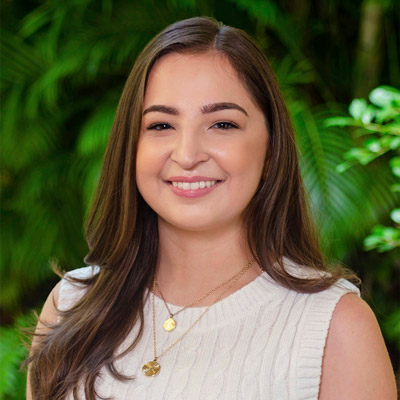 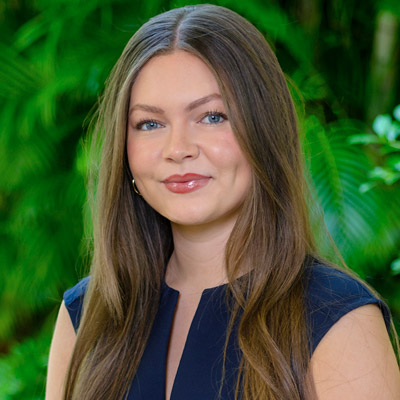 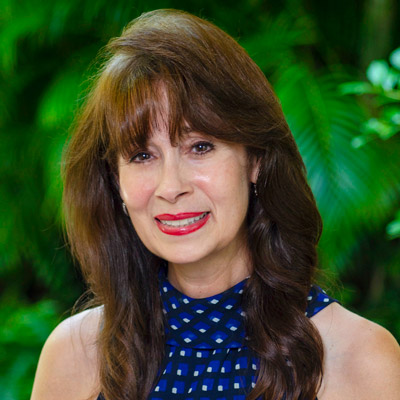 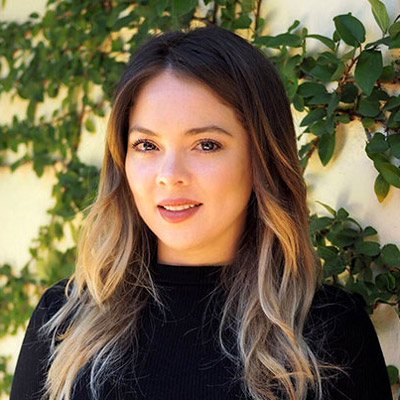 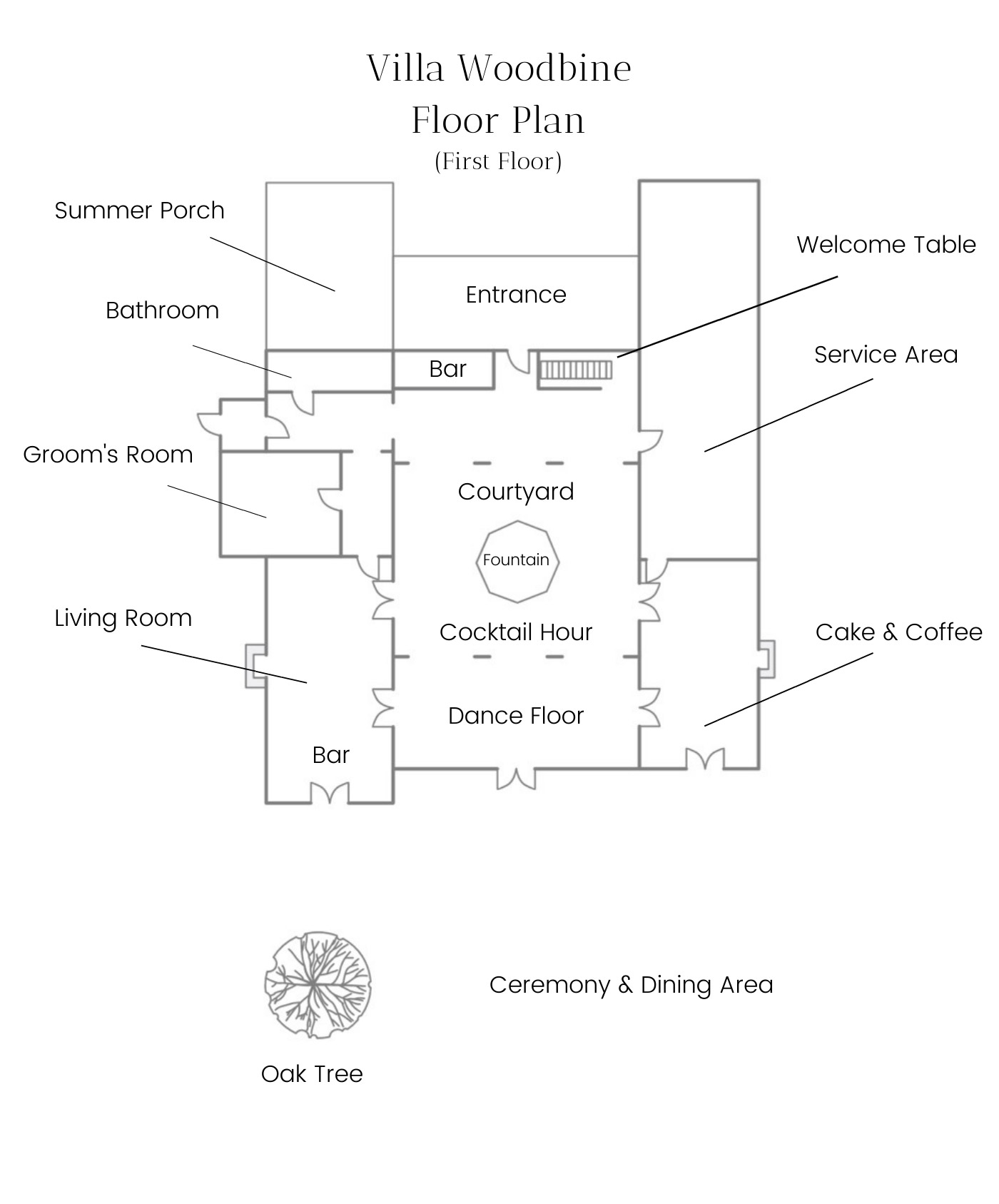 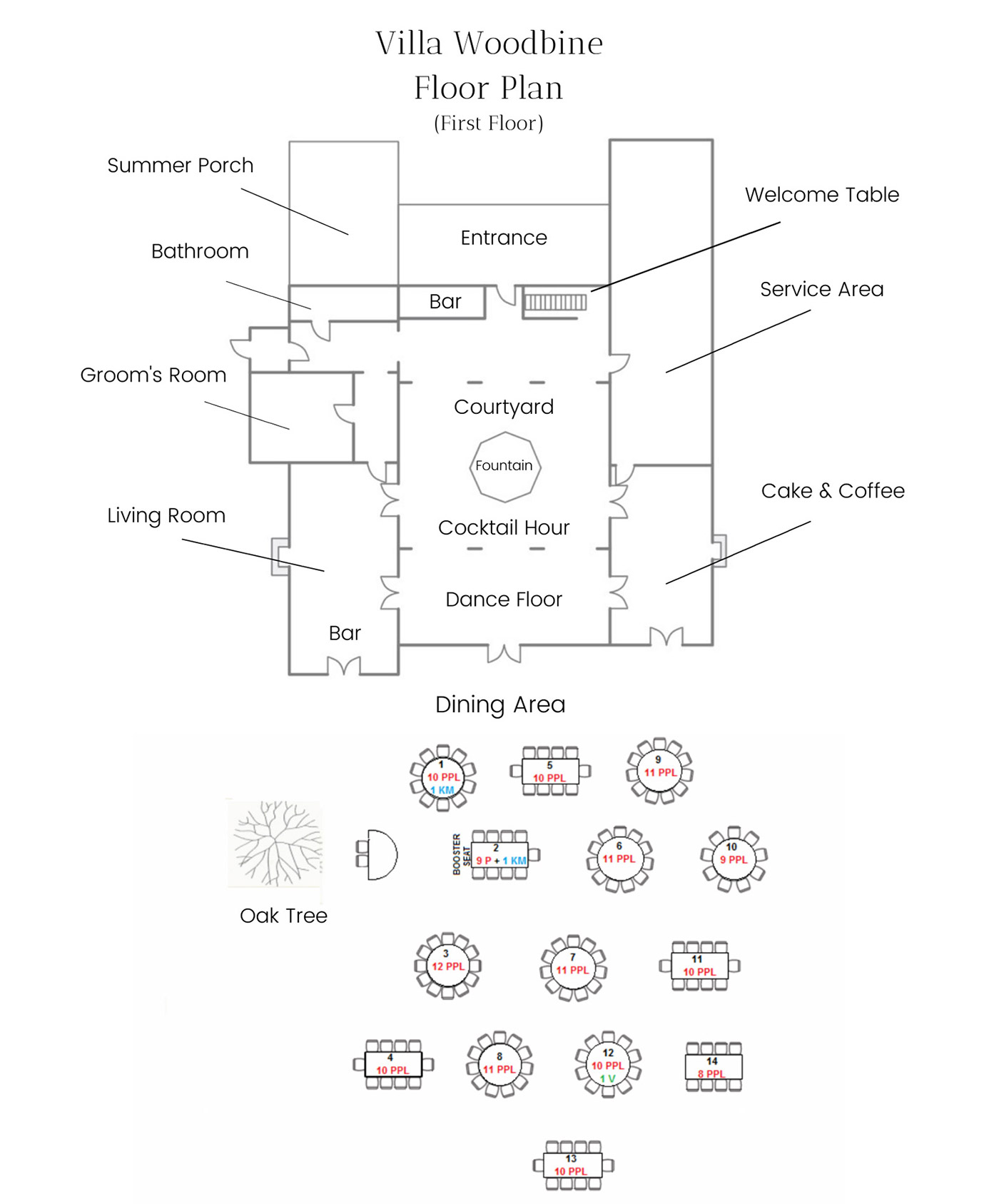 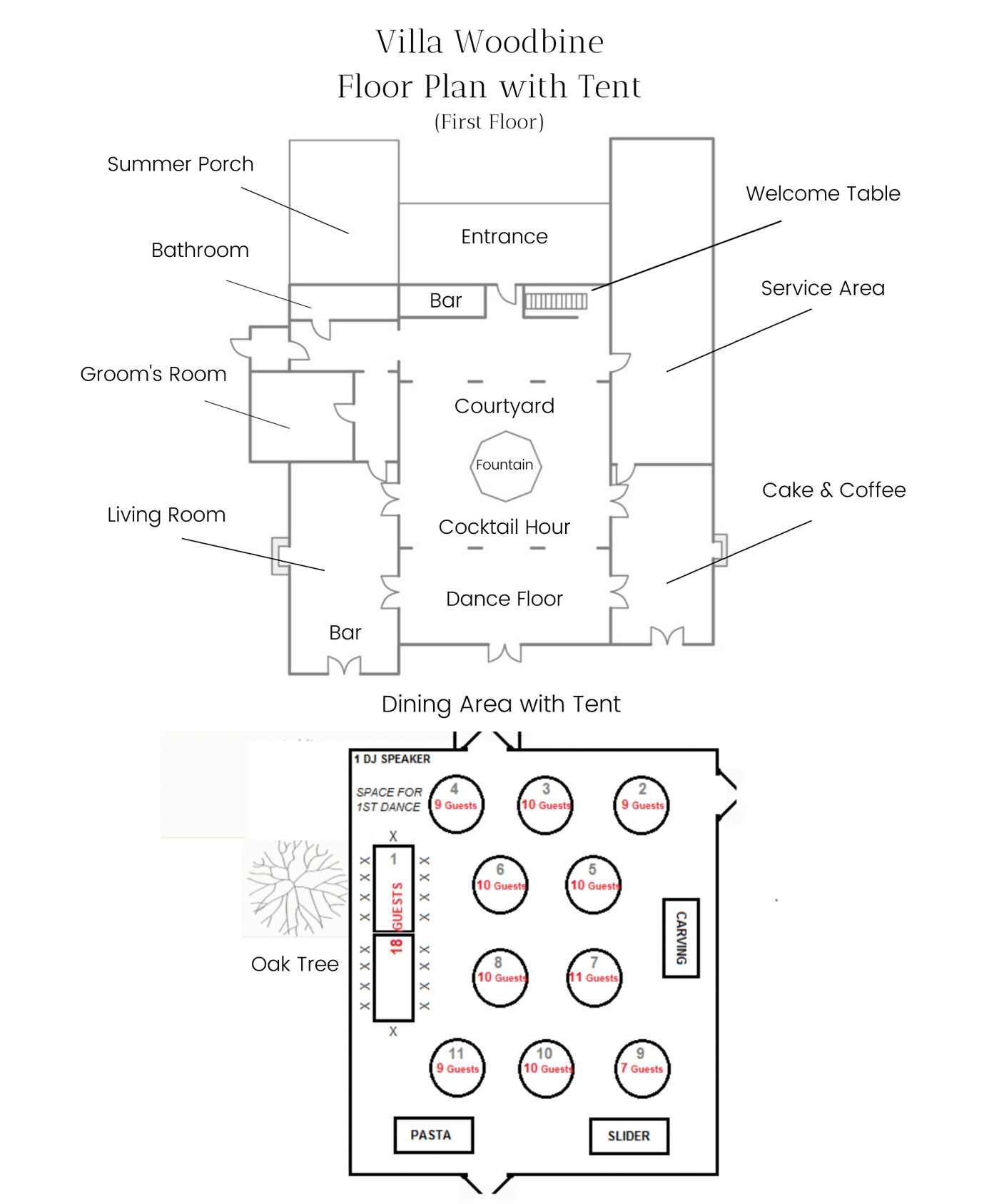 Eden Bauer was born and raised in Westchester County, New York. After studies at Syracuse University and The Fashion Institute of Technology, Eden decided to pursue her passion for Hospitality, PR, and Marketing under the sunny skies of Miami Beach, Florida.

After planning events at some of the hottest nightclubs in South Beach, such as Billboardlive and Crobar, Eden moved up to the Fort Lauderdale area.

Sandra was born and raised in Miami where she attended Le Cordon Bleu College of Culinary Arts and the FIU Chaplin School of Hospitality and Tourism Management. During her time at FIU, she pursued Event Planning as well as Catering Management, which led her to Bill Hansen in 2012.

When not working, Sandra loves spending time with her husband and daughter and entertaining with family and friends. She is a definite foodie and is always willing to explore new trendy places.

Ashley has been with Bill Hansen since November 2017. With her extensive knowledge of events, she loves turning her client’s vision into reality as an Event Producer for the company.

In her spare time, she enjoys traveling, perfecting her calligraphy skills and has been learning about photography.

Gen joined the Bill Hansen team in September of 2018 as an event coordinator. Now as an Event Producer on the team, she finds so much joy in helping events and weddings go from ordinary to extraordinary!

Along with planning and organizing, she loves volunteering and giving back to her community as well as spending time with friends and family. While people are her passion, her obsessions include coffee, popcorn, and wine.

Stefania is a Miami native who graduated from FIU where she pursued a Bachelor’s and Master’s Degree in Hospitality Management. She was a Recruitment Coordinator for the South Beach Wine and Food Festival at that time as well. She has always had an eye for catering and events, leading her to intern with Bill Hansen in the Summer of 2020. Stefania is now an Event Coordinator for Bill Hansen Catering and assists event producers with providing extraordinary events and fine attention to detail.

Considering herself a foodie, Stefania finds joy in baking sweets for loved ones and exploring new restaurants around town.

Event Coordinator
Born in New York City and raised in Miami, Alyssa Nicole considers herself a perfect blend of both places. Enthralled by her work, seasonally inspired, with great aspirations like those found in the city, she is also deeply inspired by her Latin roots: the ocean and beaming sun. She started working in the hospitality industry in 2018, and it changed the direction of her life as she fell in love with facilitating guests’ most memorable moments. She received her associate degree from Florida Atlantic University and continued her journey at Florida International University’s Chaplin School of Hospitality, studying Hospitality and Tourism Management with a focus on events. During her time at FIU, she volunteered at SOBE Food and Wine Festival and, most importantly, met Bill Hansen, which led to the honor of working with the company as an event coordinator. This has provided her with the opportunity to continually be challenged while learning, growing, and experiencing events from an administrative perspective while also witnessing the events through the client’s eyes, which is the most beautiful and rewarding experience of them all. In her spare time, Alyssa enjoys music and dancing, spending time with loved ones, and enjoying culinary adventures near and far.

Gipsy, a southern girl is an identical twin who with her twin sister, Denice attended UCLA and graduated with a BA from CSUN. While living in LA working on her Bachelor’s Degree, she and her sister were on soap operas, television sitcoms, music videos, commercials, film, and print magazines such as Vogue and Harper’s Bazaar. She returned home to Nashville and graduated with her MA at MTSU in History and TV Broadcasting.

Gipsy began planning and videotaping weddings while she was working on her master’s degree. Her love for weddings followed her through her career in Television at FOX, WB, NBC, and CBS Networks. While working during the week in television, on the weekends she was working weddings. This led to the launching of Enchanted Brides Magazine with her husband, Tony Williams in Tennessee and South Florida and her friendship with Bill Hansen.

Currently, Gipsy is an event producer who loves everything weddings and of course, sweet tea, and cucumber sandwiches.

Valentina comes to Bill Hansen from Armenia, Colombia via FIU where she studied Hospitality Management. Joining the team in September 2012, she rose to the top of the service team and was promoted to Creative & Branding Director.

With her continuous passion and dedication for the company, today she brings her talents to the sales team as an Event Producer.